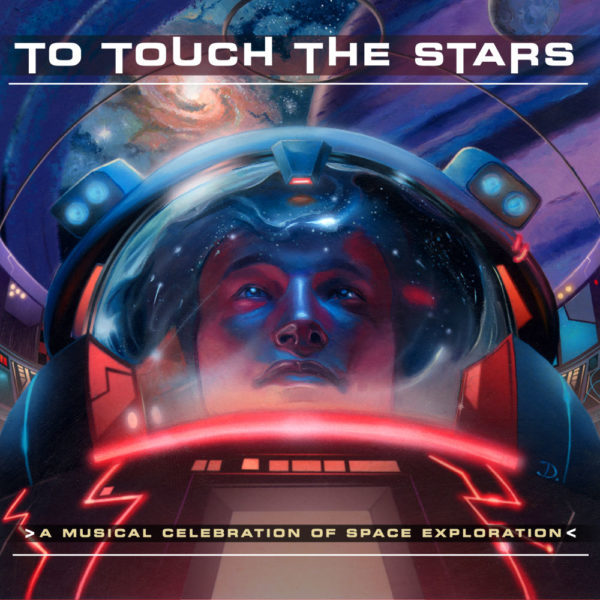 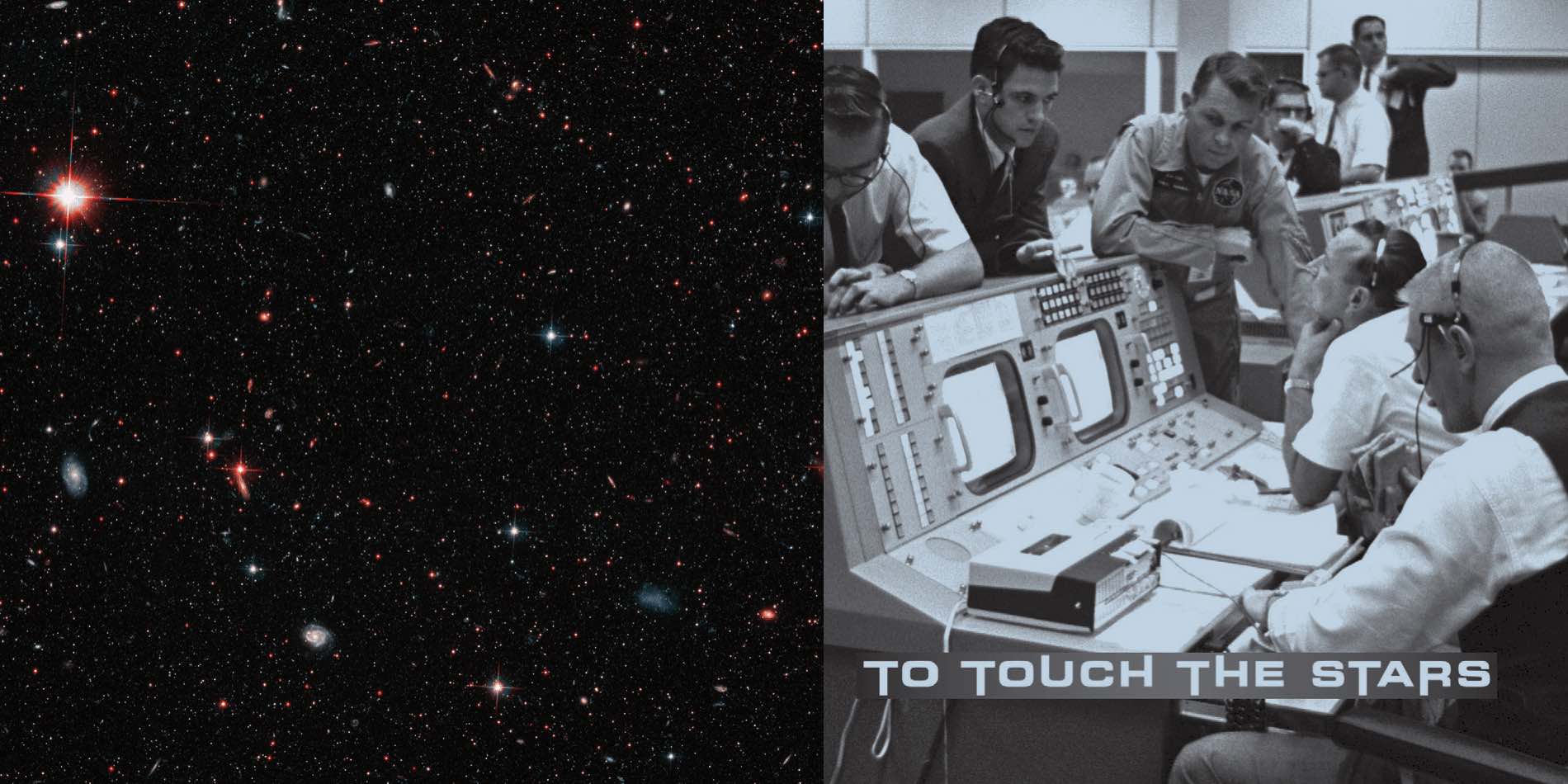 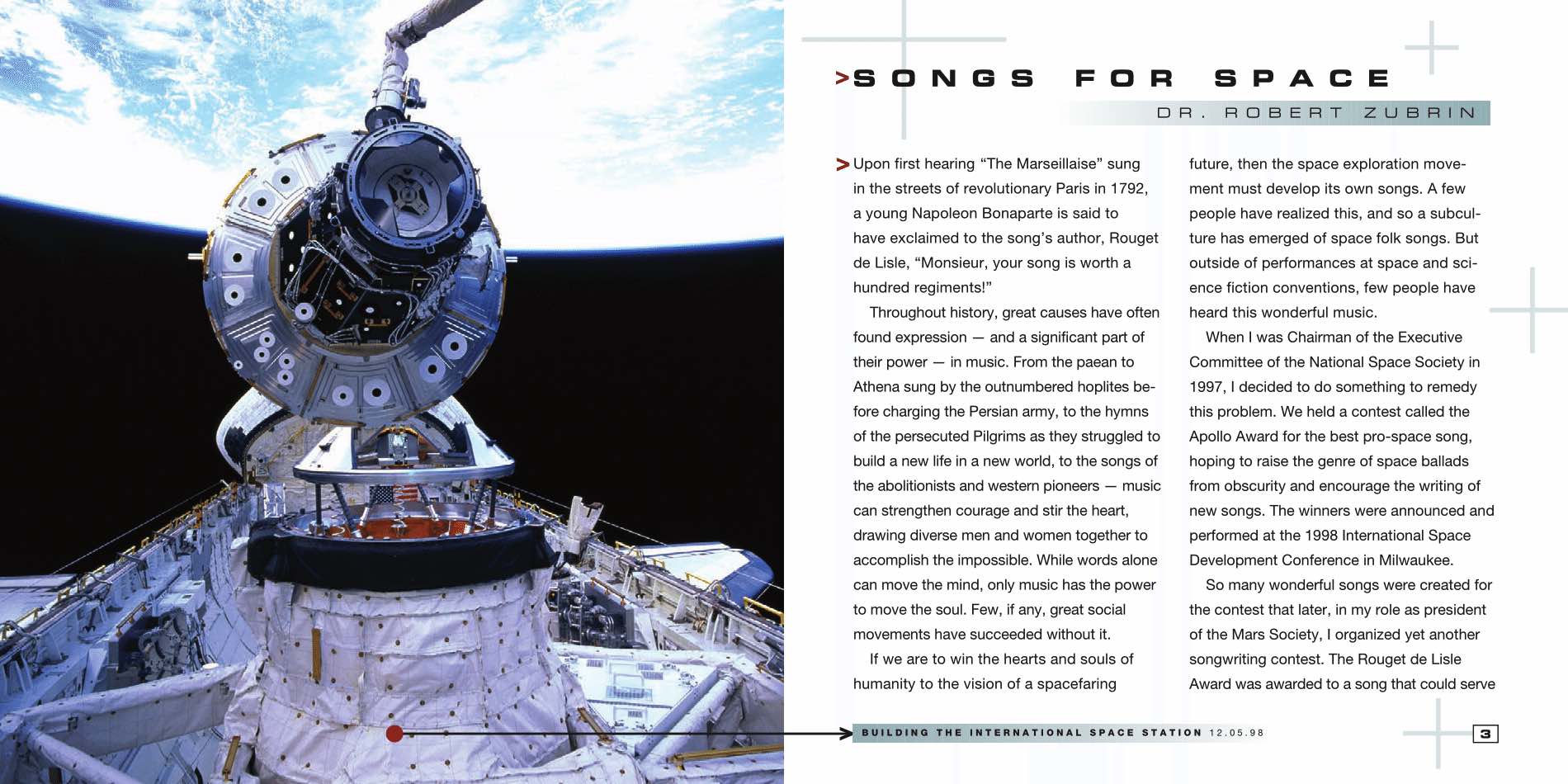 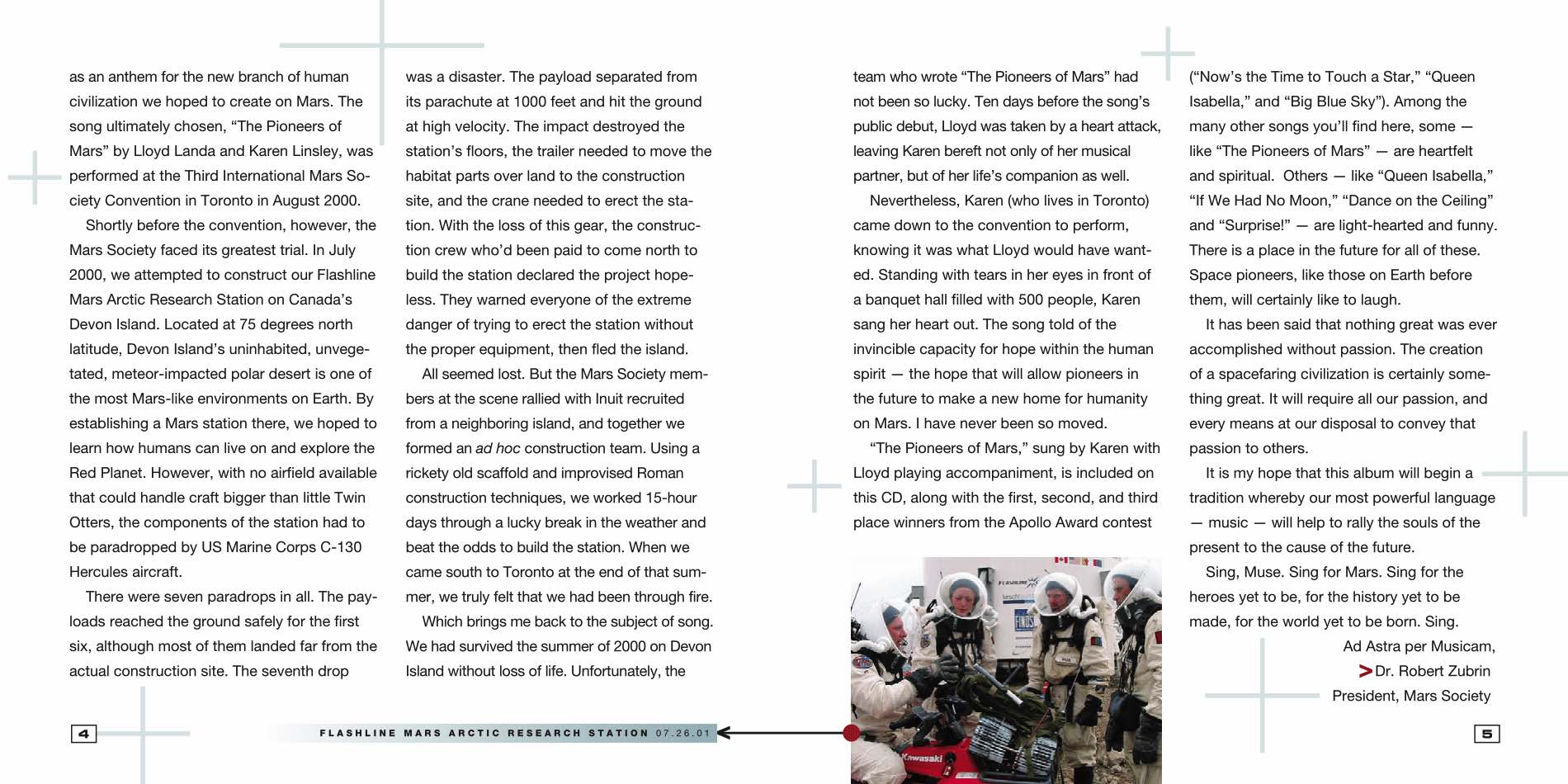 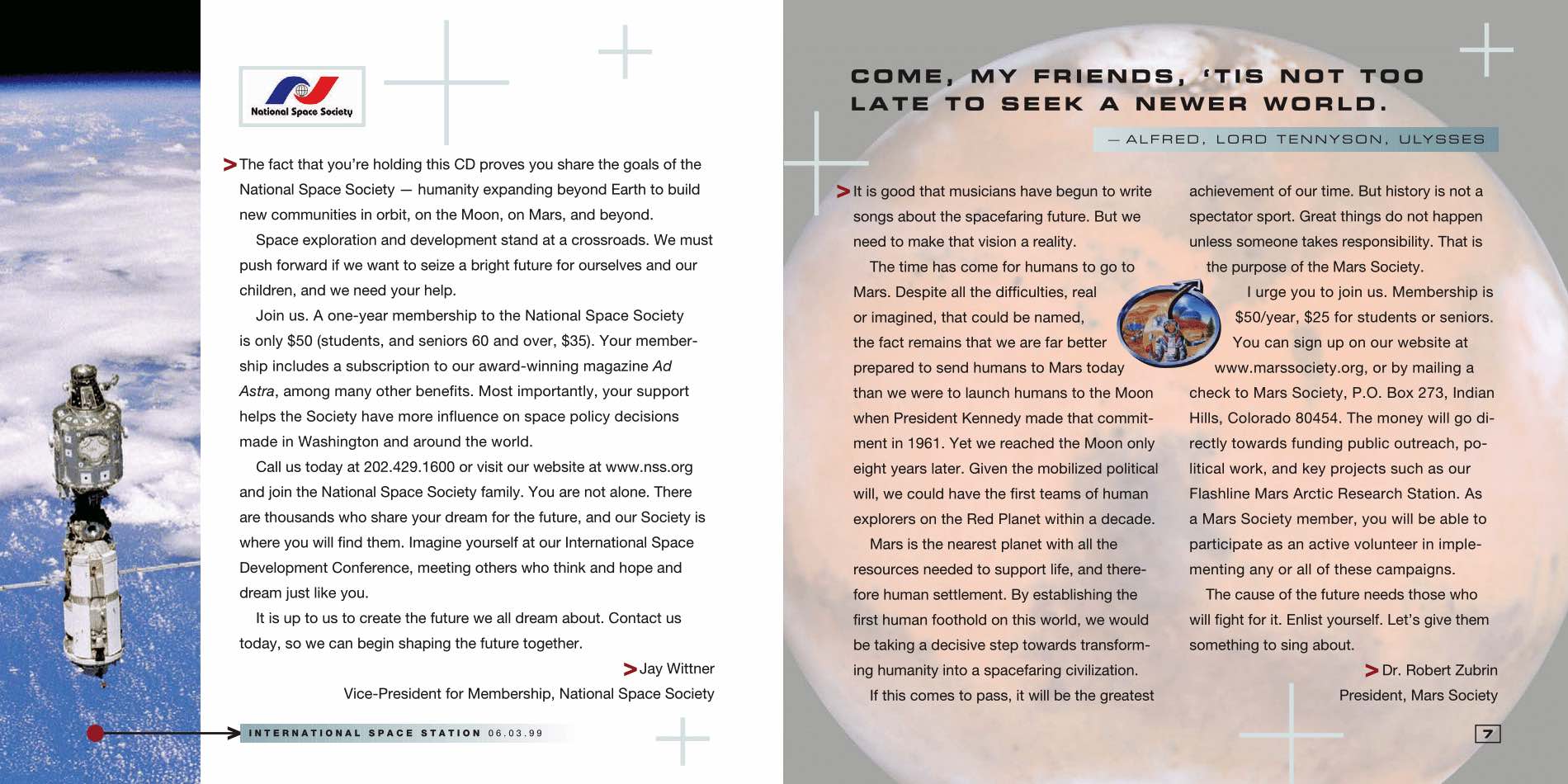 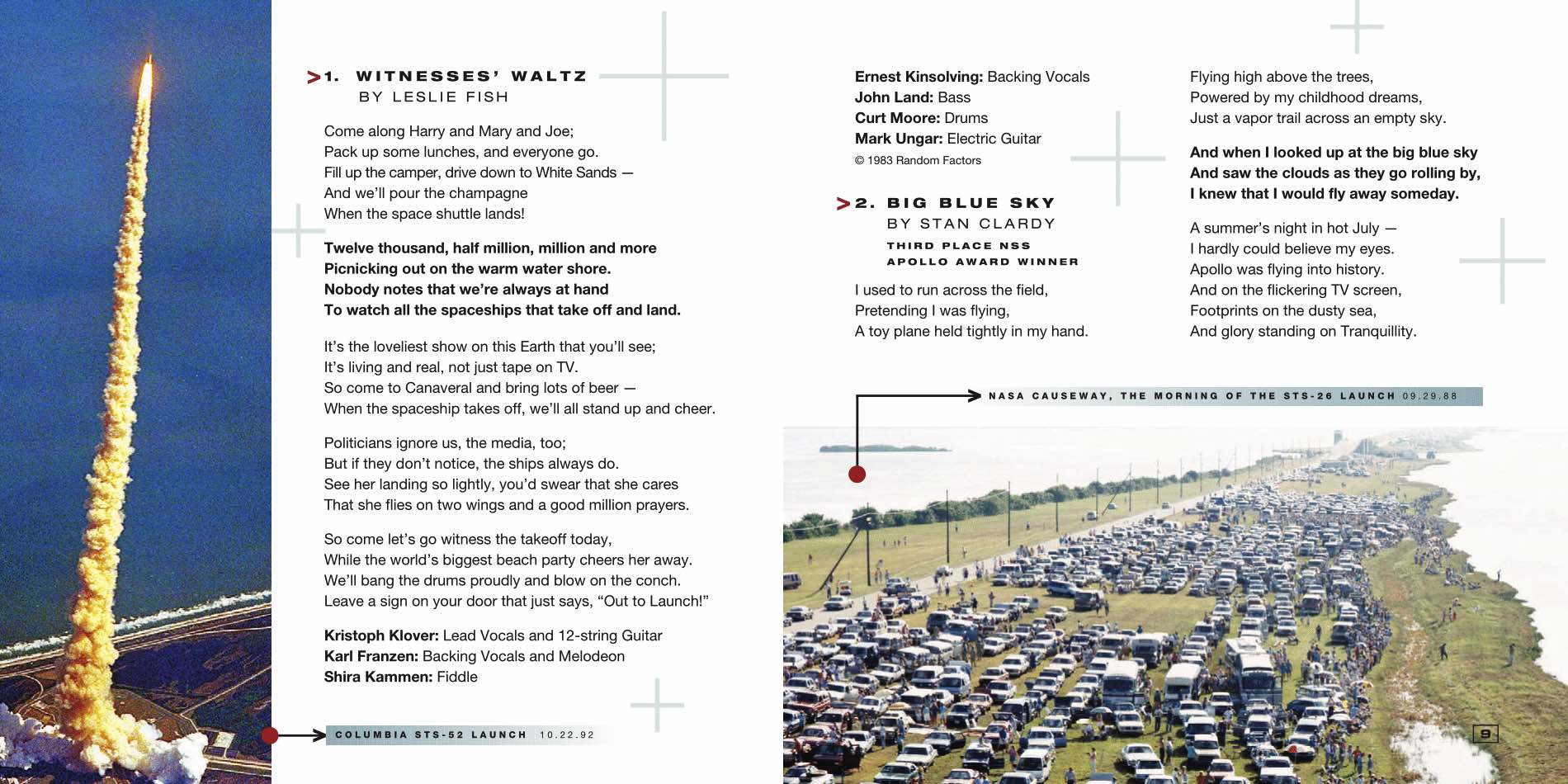 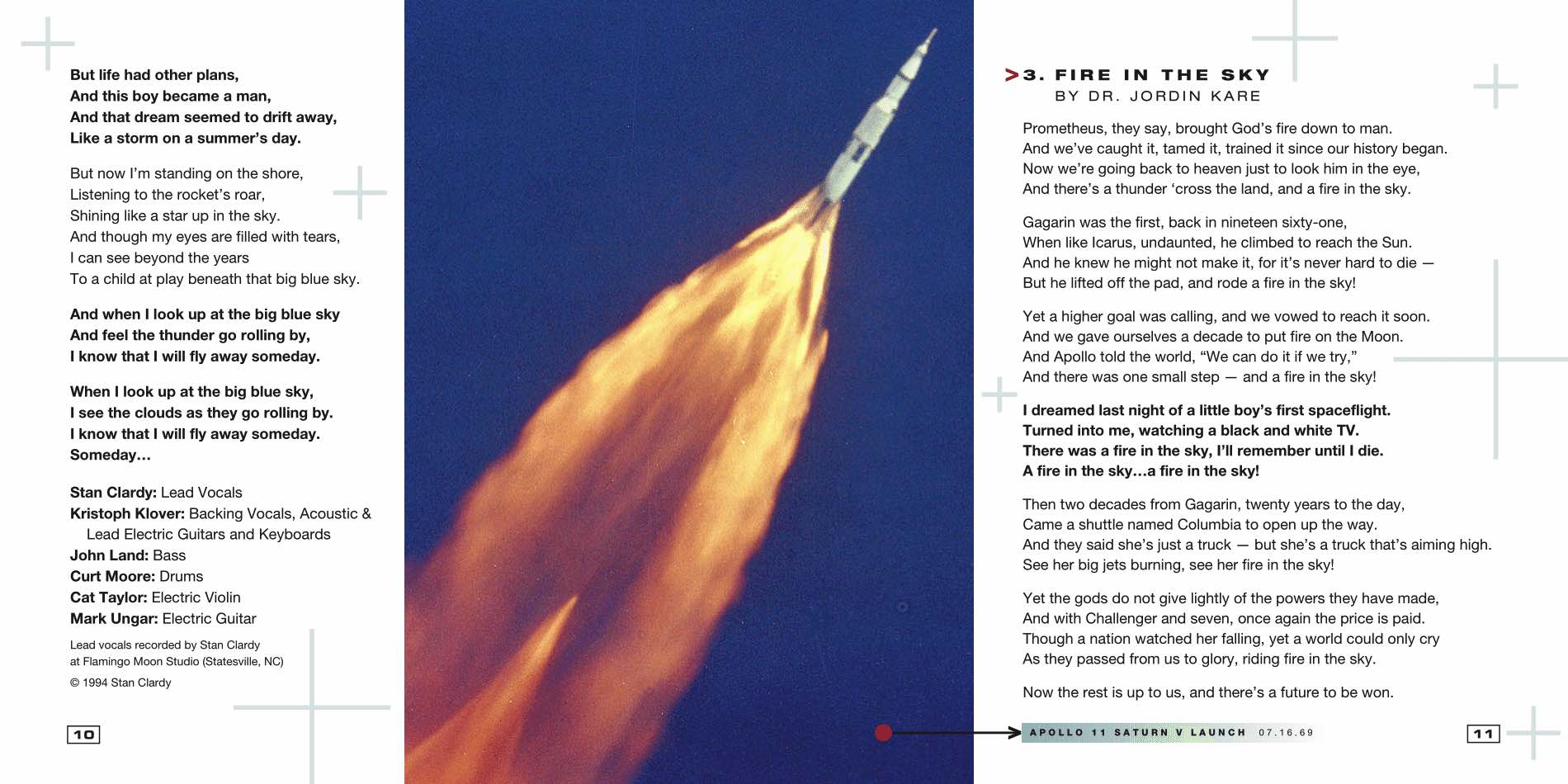 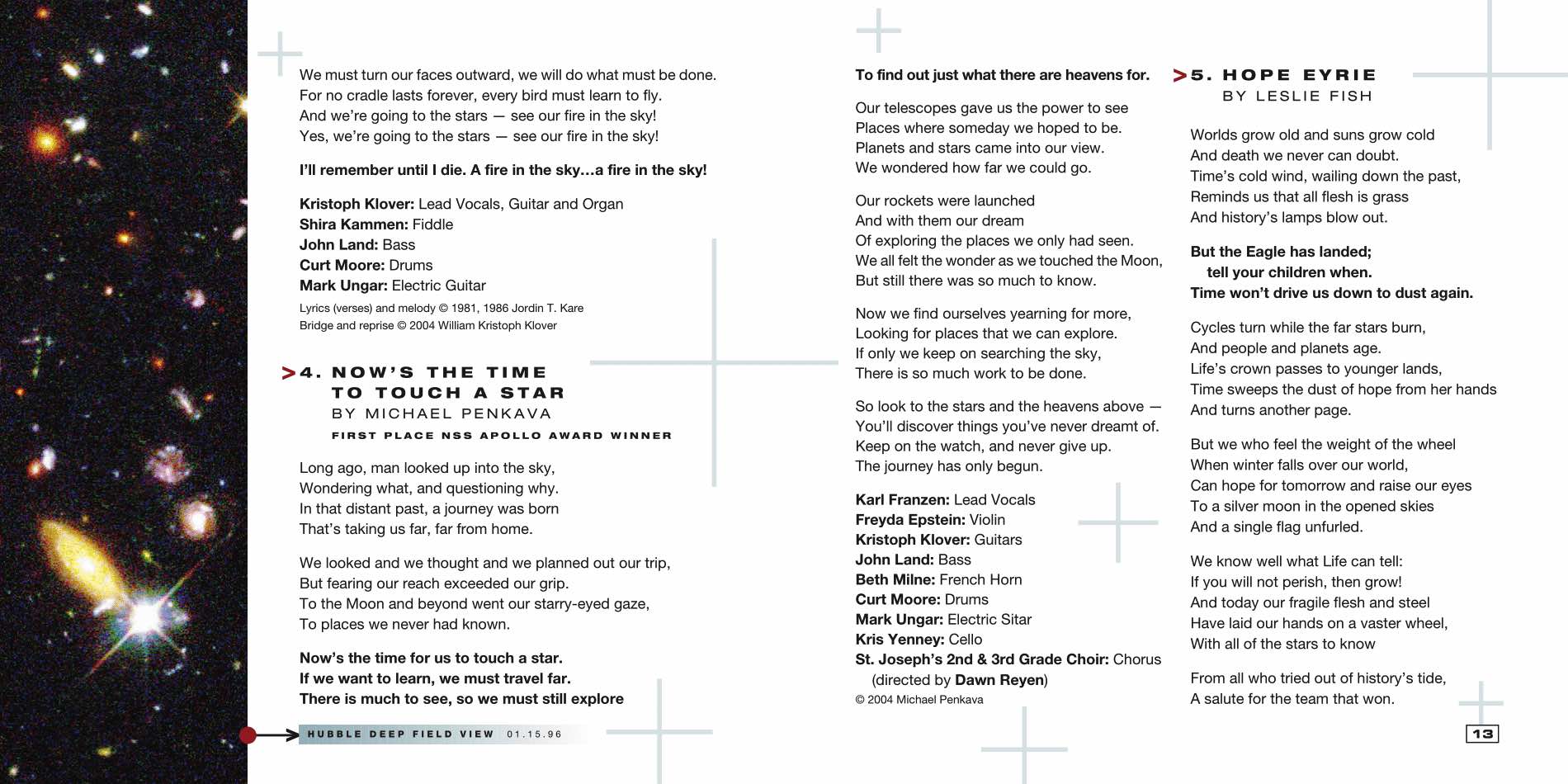 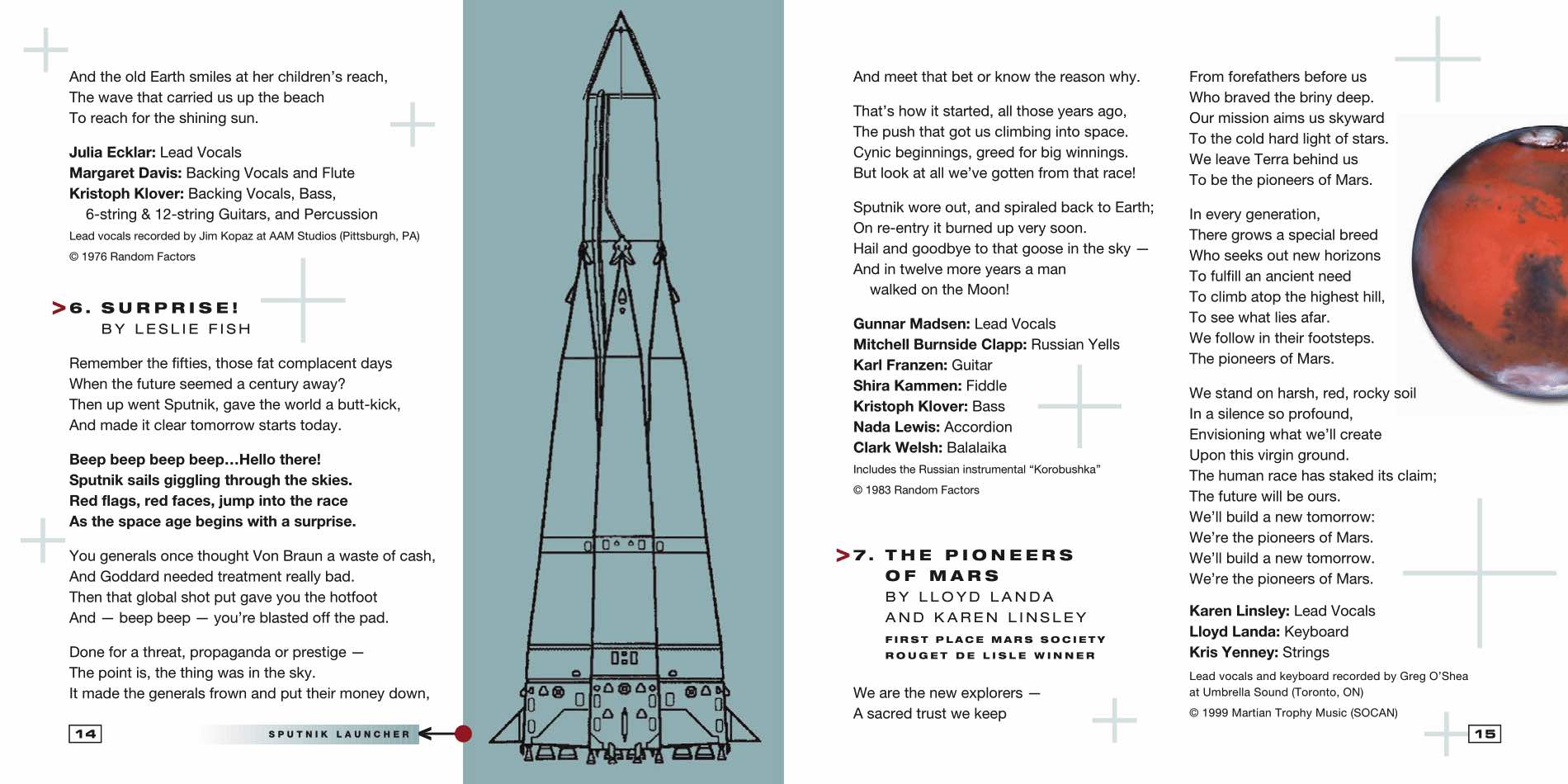 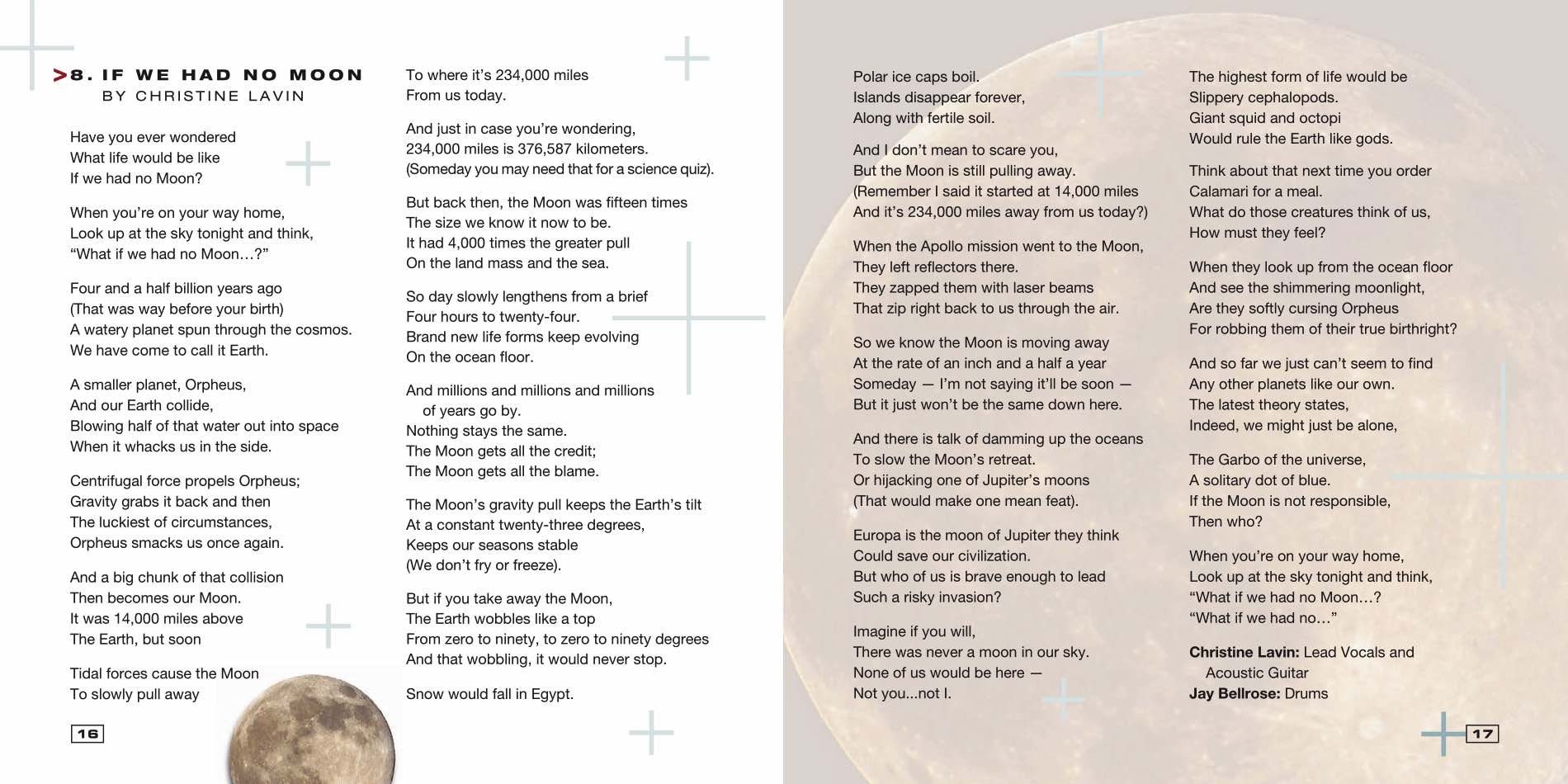 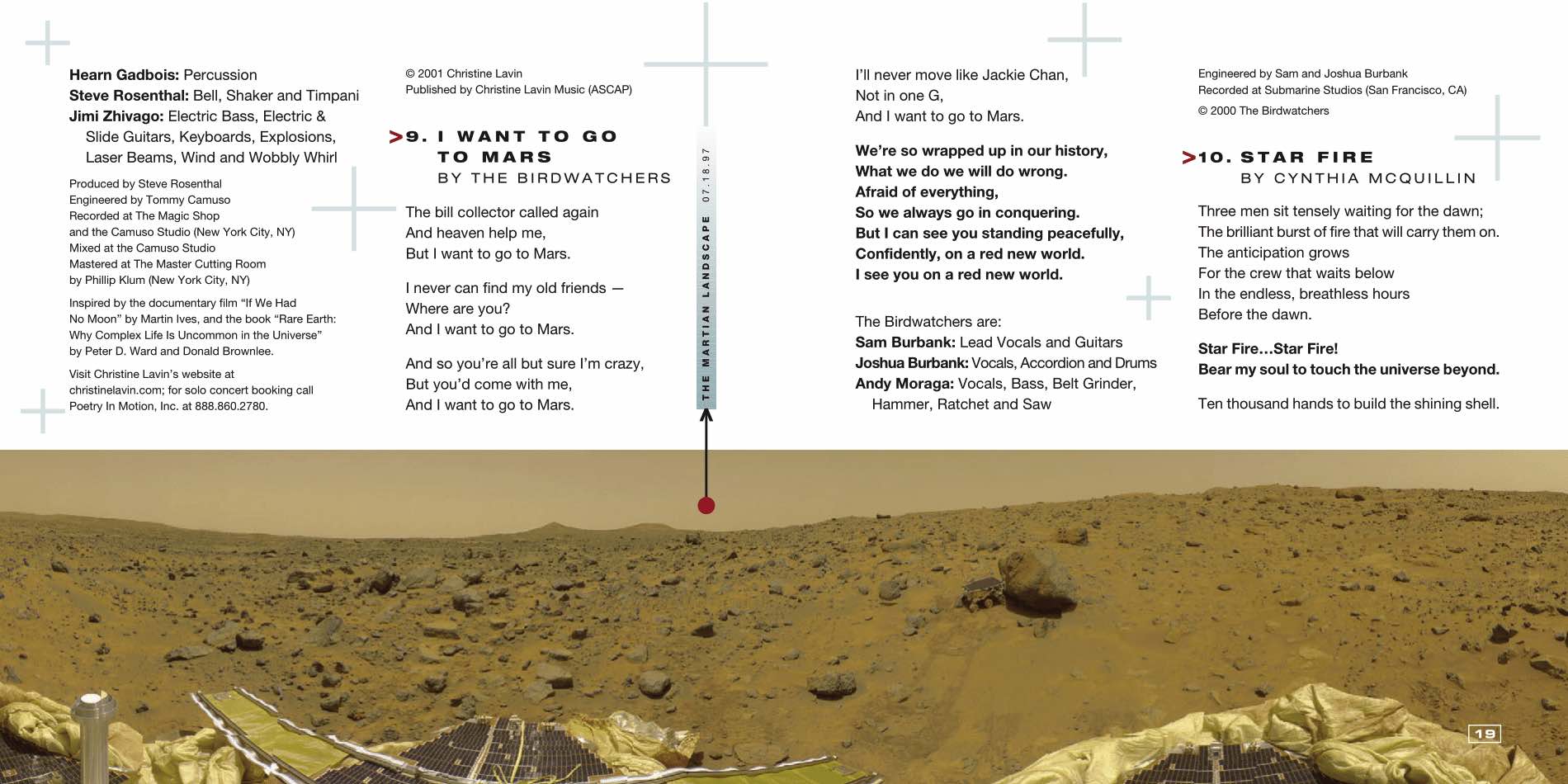 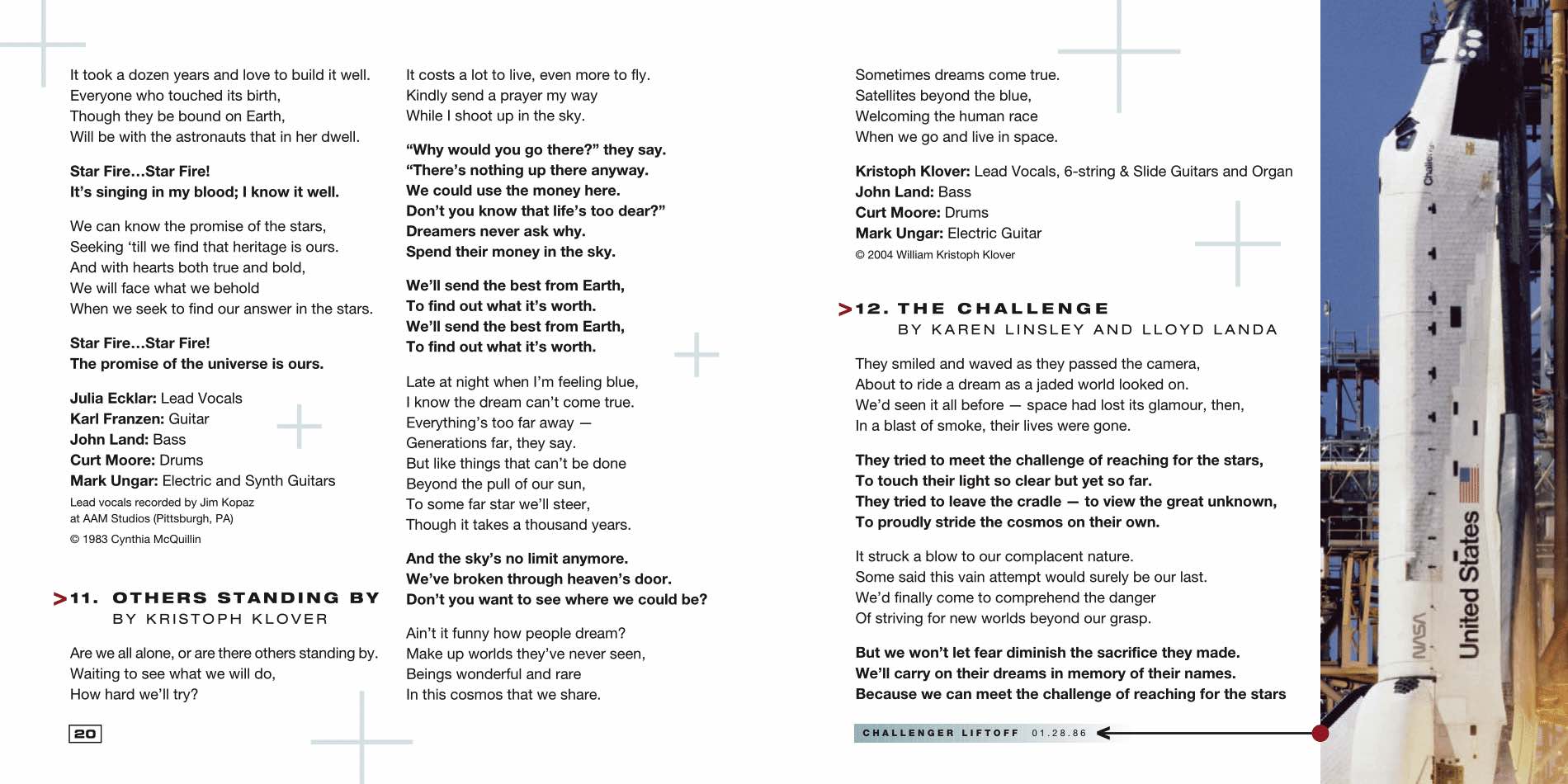 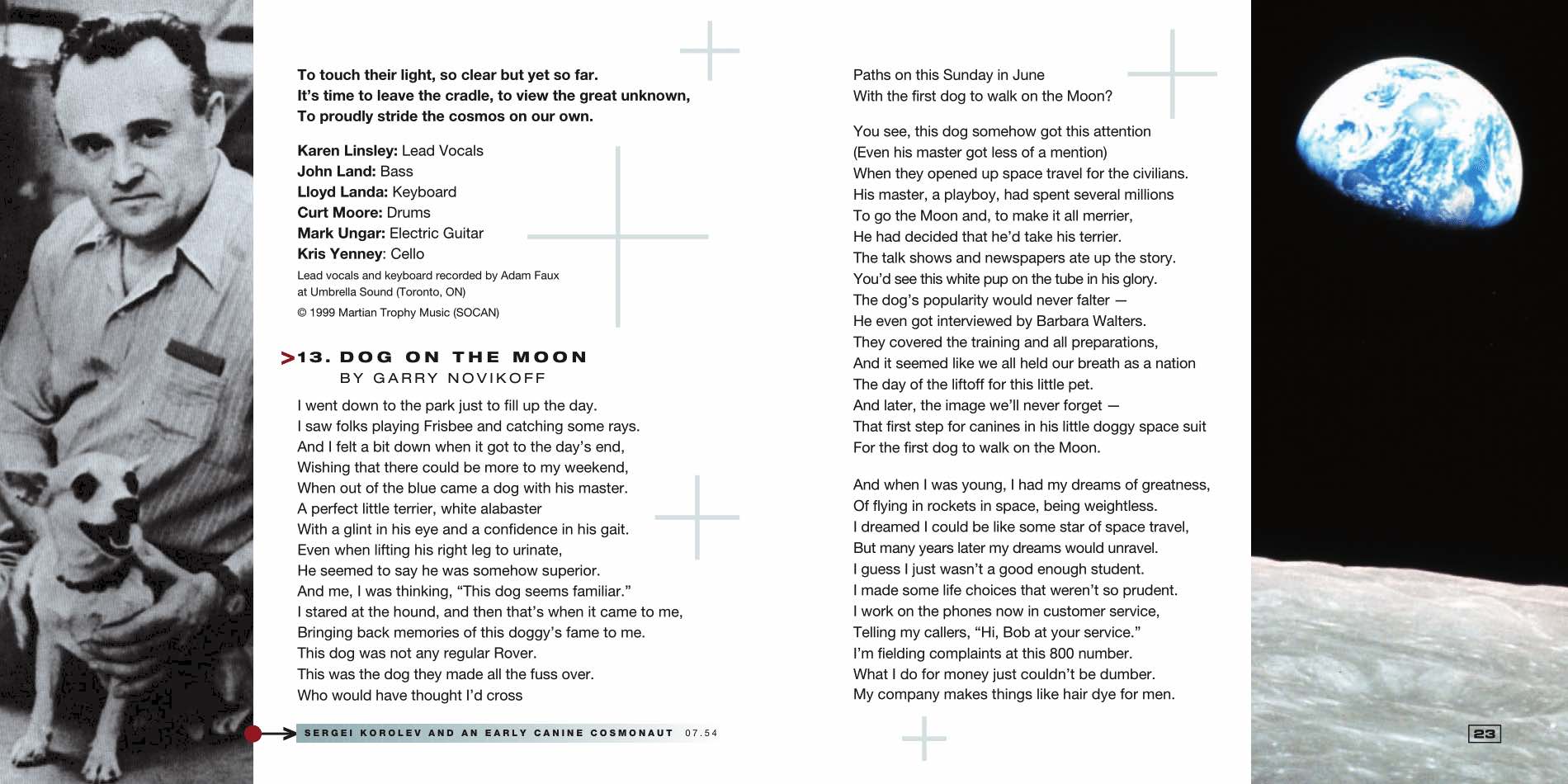 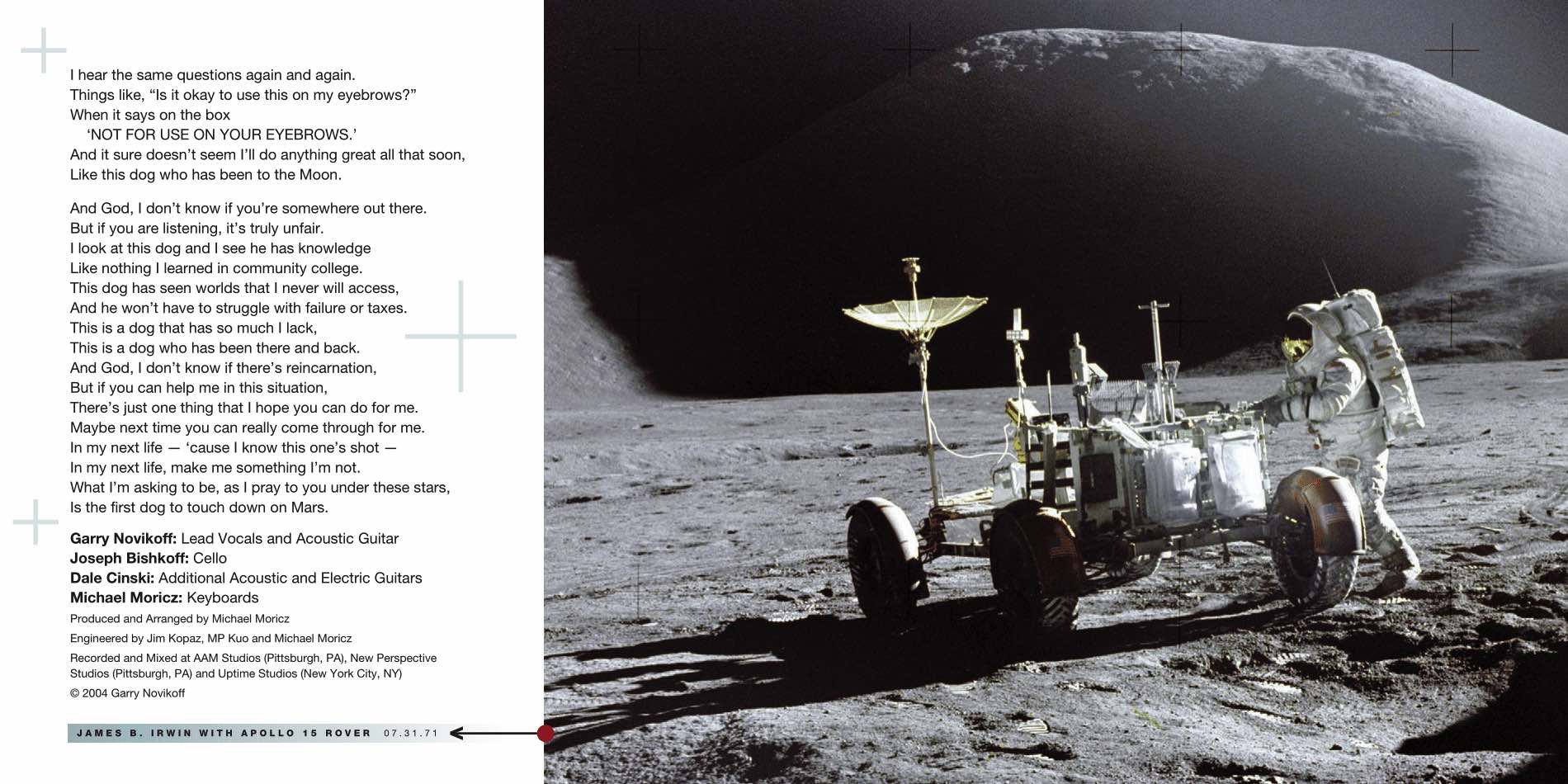 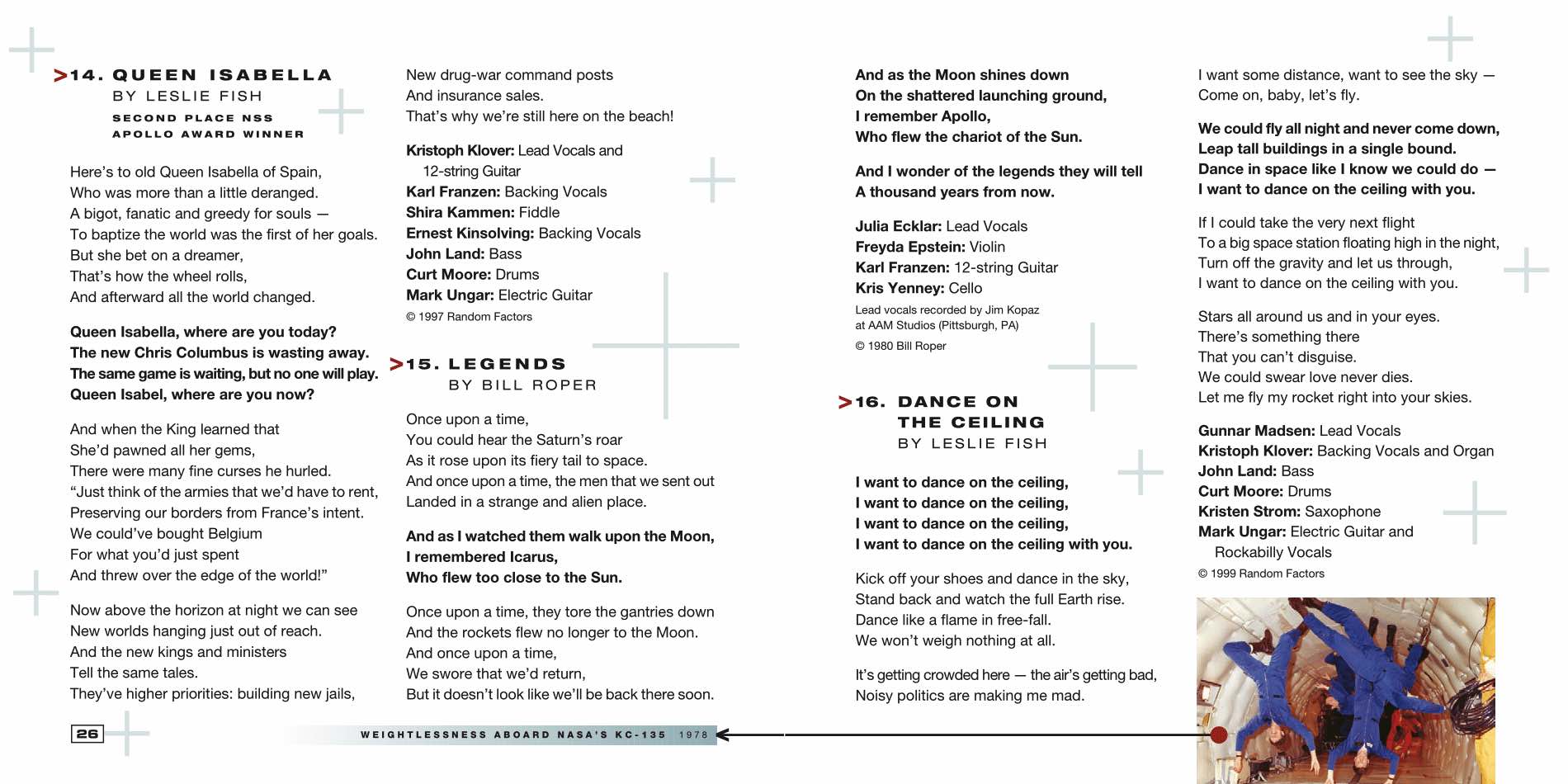 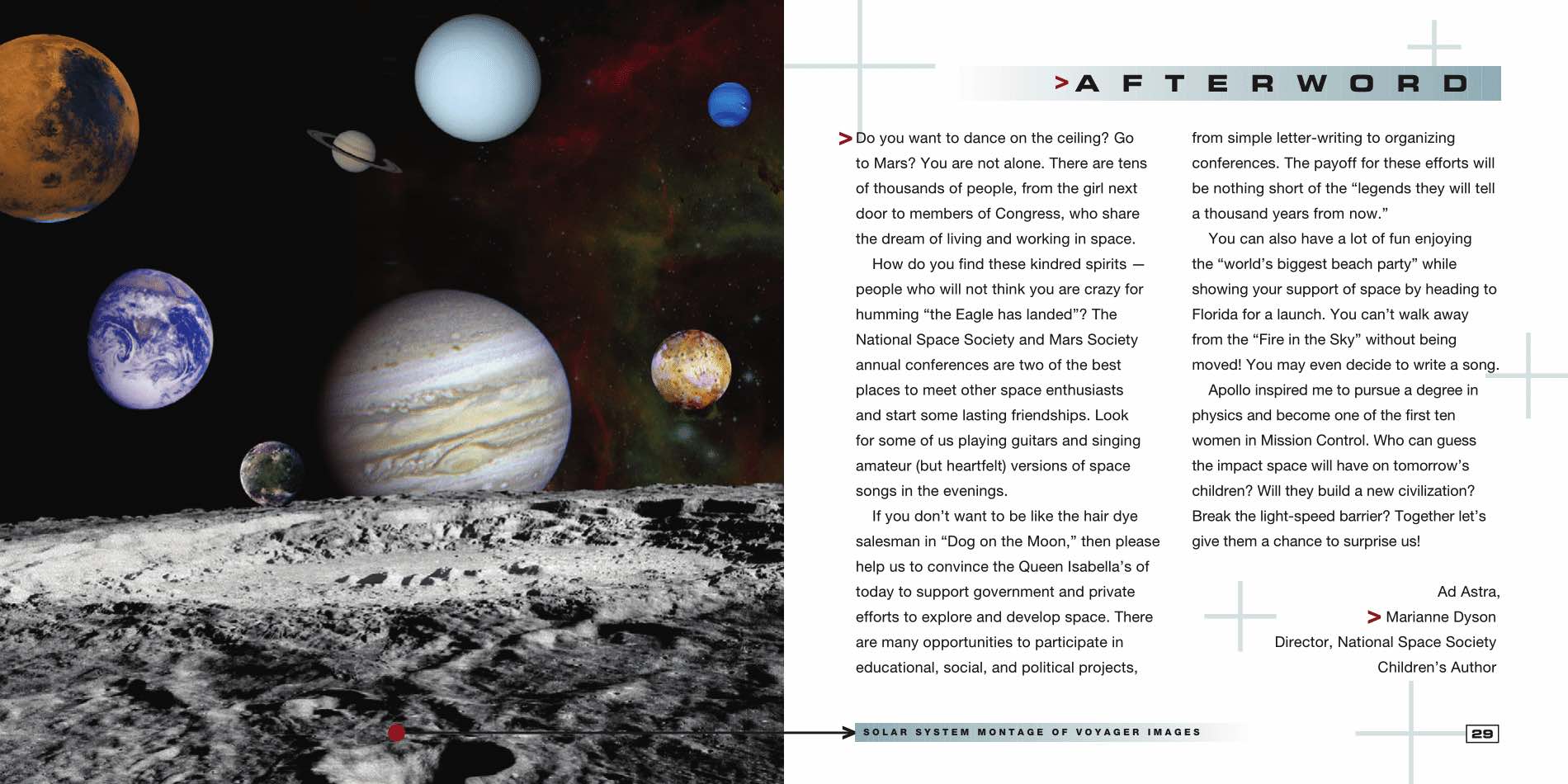 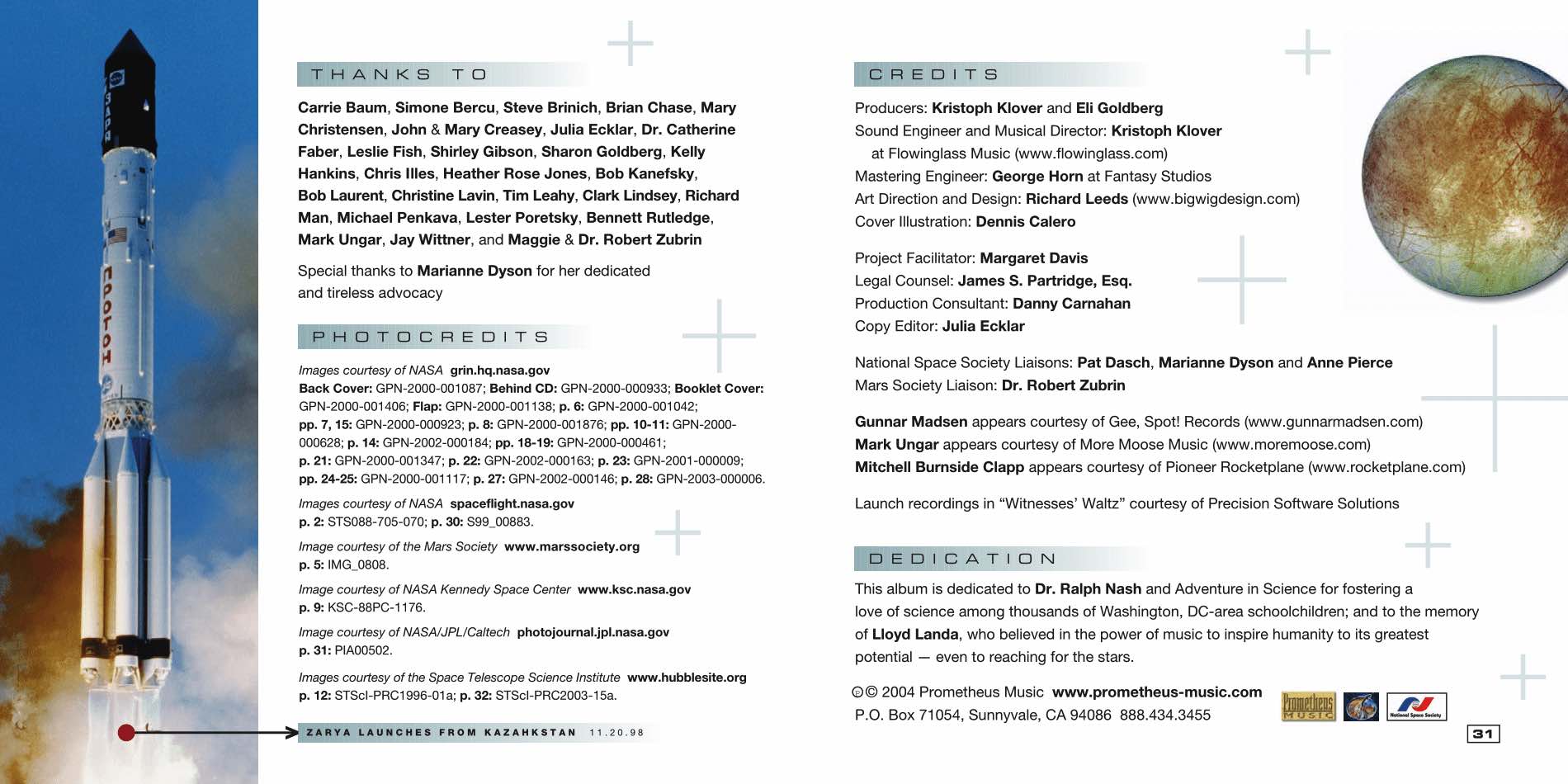 To Touch the Stars: A Musical Celebration of Space Exploration

“… I am thrilled by this new collection of original songs celebrating the beginnings of our great endeavor to reach for the stars.”

The first-ever anthology CD of songs celebrating human space exploration, brought to you in partnership with the Mars Society and the National Space Society.

If you’ve ever teared up at a space shuttle launch — or dreamed about stepping foot on Mars — you’ll laugh, cry, and be inspired by these sixteen songs celebrating the rocketing history of human spaceflight.

Even legendary Apollo astronaut Buzz Aldrin was moved to tears on national television by Fire in the Sky, recorded for this album.

Included in this collection is Pioneers of Mars, awarded first place in the Mars Society’s Rouget de Lisle songwriting competition. NASA honored it as wake-up music for the Opportunity Mars rover, on sol 20 of its mission.

There are no reviews yet.

Only logged in customers who have purchased this product may leave a review.